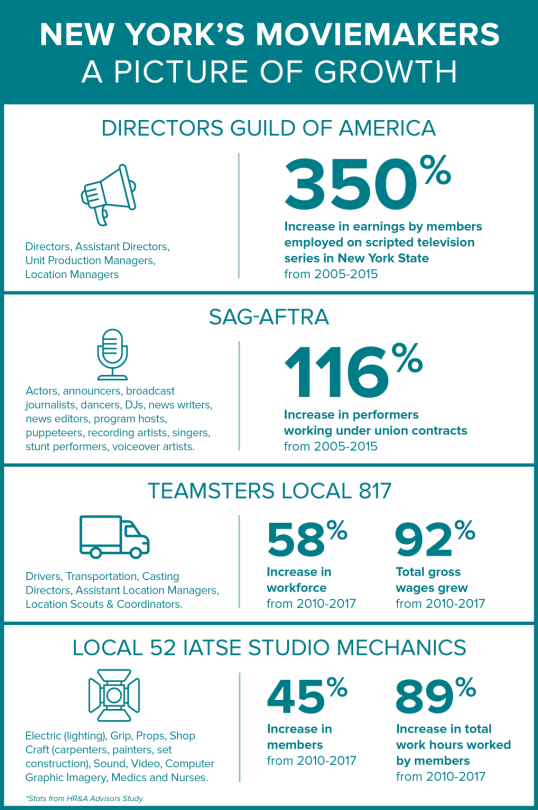 According to the December 2018 study, film and television production jobs in New York State are up 55 percent since 2004, growing 4.5 times faster than all other job sectors in the state. New York’s market share of the total of all film and TV jobs in the U.S. grew by 25 percent between 2004 and 2017. And these jobs are open to all New Yorkers; 44 percent of jobs in the industry are available to workers without a four-year degree. Read the full article here.